A film’s cinematography has the power to make or break it. 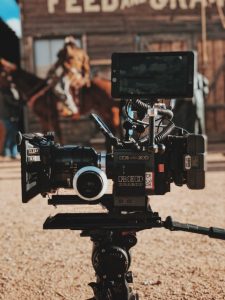 Cinematography can elevate a film and make us feel as if we’ve been relocated to another universe. Annually, the Academy Awards honor excellence in cinematography by awarding the Oscar for Best Cinematography to one film. There have been so many wonderful films and cinematographers who have won the prize, but the champions in the 2010s were particularly remarkable.

Top 3 Best Cinematography in Oscar all throughout 2010

Here is a list of all the top 3 films for Best Cinematography awards from the decade of 2010.

This movie is a cinematic classic that features several of the most gorgeous shots of the decade. Claudio Miranda is the great cinematographer involved in developing Life of Pi as amazing as it was, and he totally deserves all of the recognition he has earned.

Through an intricate and extended musical piece that looks to be one uninterrupted six-minute take, the audience is thoroughly immersed into the realm of a striving musician or performer making it in Hollywood right from the start of the film. The moment was actually split into three separate shots, but really the cinematography is so spectacular and well-done that the audience had no idea.

The cinematography in the film is what makes it so remarkable. The film’s cinematographer, Emmanuel Lubezki, was able to depict the tale of a disabled man left for fallen in the wilderness, struggling to survive for himself until he tries to reach the individuals who abandoned him.