The Academy Awards will never satisfy everyone. Just like some Stephen King’s film that were considered as worse by some. Every year, a large number of excellent films are released, yet only a small percentage of them are nominated for prizes. 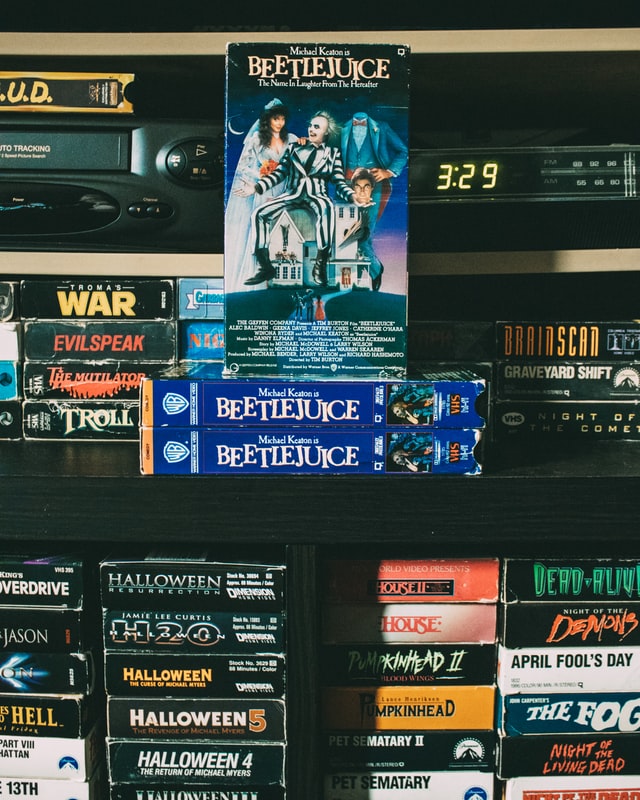 List of Classical Movies that Were Not Included on Oscars Nominees

Many Oscar snubs, from Charlie Chaplin to Stanley Kubrick and Disney, are genuinely astonishing and must never be ignored.

Despite the fact that Disney was an established Oscar catcher by the moment this film was released, Lady and the Tramp received no nominations.

The spaghetti sequence and the highly controversial “We Are Siamese” track are the film’s most striking features, but aside from that, it’s a fantastic picture.

The Shining is technically outstanding in every way. Every scene is brilliantly rendered and rich in detail. It’s a good bet that Academy voters found this film too strange to support, and it garnered no nominations.

This picture is credited with putting Frankenstein by Mary Shelley into the mainstream consciousness. It also gave birth to decades of Halloween costumes, and it has never received a single negative review in 91 years!

The actual world was more worse. Frankenstein was not only prohibited and banned in numerous locations, but it was also ignored by the Academy. It garnered 0 nominations despite being well-deserving on many levels.

Not only professionals but also amateur filmmakers carry a lot of valuables with their camera equipment.

Flexible packaging: Tips on how to safely transport your film equipment

Document your equipment regularly, especially before long trips. You’ll be glad about it in the event of damage. The easiest way is with your cell phone. Don’t just take pictures of the camera, but also take pictures of the memory cards, lenses, flashlights, batteries, drones, tripods, microphones, and other accessories. And while you’re at it, make a note of the serial numbers or take pictures of them as well. Information such as manufacturer, camera model and lens can often be read from existing photos if lost.

Do not lure thieves. If you wear the camera around your neck openly and use a photo bag on which the brand name of the camera is emblazoned in large letters, you are giving a hint of the valuable content. Better are photo backpacks that look less conspicuous and even better those that can only be opened on the inside.

There are even models with steel-reinforced straps and floors against thieves who want to cut open backpacks with a knife. If you’re travelling to photograph crowded places, it’s best to wear the camera strap or slip into a wrist strap. Never leave your photo equipment in the vehicle even if you use flexible packaging. Professional thieves can break into a car in seconds.

Well secured is half protected

Sometimes losing beautiful photos and videos hurts more than losing an expensive camera. Therefore, back up your images regularly. And very important, never keep the backed up data and the rest of the equipment in the same place. When travelling, you should keep the backed up data in the hotel, preferably in a safe. In addition to external hard drives, cloud storage is also recommended during the holidays, provided the internet connection in the hotel is fast enough.

If the camera equipment for movies is lost despite all precautionary measures, special software can help raise the alarm in good time. For example, a hidden transmitter that is connected to the smartphone via an app. If the transmitter moves too far from the receiver, for example, if the photo bag is stolen, you will be notified by an alarm. GPS trackers, such as those available for bicycles, are also useful.

There are many reasons why you should start a film club. One of the most important is that it helps you connect with people who share similar interests.

The first thing you need to do is find a venue for your club. You can rent a space or ask your local cinema if you can use their space for free. You can also search for venues online and see if something is available near you.

You should also find out how much it will cost to rent the space, how many people the space can hold, and what type of equipment they have available.

What should be considered when founding your own Movie Club?

A film club is not a new concept. In fact, they’ve been around for a long time. But the way we consume movies has changed and with it the way people can enjoy them. It is important to consider all of these factors before starting your own film club.

The first thing you need to do is find a place that is convenient for everyone who visits the film club. You should find a room that is not too big or too small and has enough seating for everyone present.

A film club is the perfect place to share your love of film with like-minded people and discuss your favorite movies. It also offers a great opportunity to learn about new movies and meet new people.

Step 1: Create a club name and logo Your club name should be something that reflects the theme of your movie club. Your logo should include your club name in a unique, eye-catching way. Here is an example of a movie club logo:”Oscar Movie Club”An Oscar is awarded to the best film of the year.This award-winning logo preserves its

Step 2: Find a location. The second step is to find a location for your film club. You can do this by contacting local theaters or schools in your area, or by renting a theater yourself.

Step 4: Find sponsors for your movie club. Why would you need a sponsor for your movie club? A sponsor provides monetary, in-kind, and/or in-service support. Your sponsors will help provide funding for the resources and activities you want to offer to members of your club.

Step 5: Find volunteers for your club. After finding members and identifying a club name, you’ll need to find volunteers to help lead the club. Volunteers could be one of your members who oversee recruitment and make sure that meetings run smoothly. If you can’t find enough volunteers, even one can be enough!

Step: 7: Promote screenings on social media. “A film’s success hinges on social media promotion. If you don’t have a big budget, this is the area where you can be most creative and find the best results.”

Step 8: And when your movie club is all set, use a powerful and user-friendly club management software like Campai. The software will help you manage and keep track of your members easily. Have fun scheduling films and sharing ideas with your members.

Many merch businesses were excited when they used Harry Potter in their businesses. They have observed growth in their sales of merch that has Harry Potter on it. But this did not last long because J.K. Rowling placed a copyright on the name Harry Potter. Therefore, it is illegal to use Harry Potter for business purposes. That’s why businesses like Wolf Import Advertising only work with merch that follow copyright rules to avoid problems in the future.

The franchise became a huge success because it had an emotional connection with its readers and viewers. Harry Potter’s popularity can be attributed to its ability to tap into people’s emotions and inspire them through fantasy. It also appealed to children who may not have been able to read well enough for other books, but could still enjoy this story through pictures or audiobooks.

Harry Potter is Copyrighted, What are the Business Effects?

In the United States, copyright protection is automatic as soon as an original work is created. This means that no registration or formality is needed to secure copyright. The idea of copyright is to protect the intellectual property of a creator and prevent others from profiting from it without permission.

Copyright law can be enforced against those who reproduce or copy the work without permission. For example, if someone were to photocopy Harry Potter and sell it in a bookstore, then they would be infringing on the copyright of Harry Potter’s author J.K Rowling because she did not grant them permission to do so. Copyright law not only protects authors but also publishers and distributors of copyrighted works.

The business effects of Harry Potter being copyrighted are that publishers will have less competition for other books in the market and more people will buy Harry Potter books. The author will have more control over the selling of their book and publication rights, which means they may be able to make more money in the future.

Harry Potter is one of the most copyrighted books in history. This means that many other books won’t be able to compete with Harry Potter because they don’t have any sort of copyright protection. The business effects will be that there will be less competition for these other books in the market and more people will purchase them.

Read also: Stephen King Films: The Good, The Better, and The Best

The Harry Potter series has been a worldwide phenomenon, with the books translated into 68 languages and selling over 450 million copies. This made it one of the best-selling book series of all time. The fan base for Harry Potter is so vast that it has been estimated that there are more than 400,000 online communities about the series; such as forums, wikis, and chats.

The series is set primarily in a universe of fantasy, with magic and witchcraft playing an important role. However, some themes have as well been interpreted by many people in the context of world history: for example, the importance of family and connections to friends. The best-selling book series of all time was written by British author J.K Rowling.

What is the Future of the Harry Potter?

The Harry Potter franchise is one of the most successful franchises in the world. The future of Harry Potter is a question that has been raised time and time again. And it’s not just about whether there will be a Harry Potter 8, 9 or 10. It’s about what will happen to the Wizarding World after JK Rowling has finished writing her final novel. .The Harry Potter series has been extremely successful, making over $10 billion dollars worldwide.

Currently, the series does not appear to be slowing down any time soon. In fact, JK Rowling is still working on Harry Potter Snippets to keep the fans’ excitement and keep the spirit of Harry Potter in the hearts of children and adults alike.