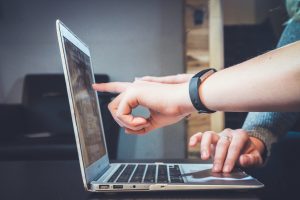 While you may be completing your online business degree program about sarasota moving companies, it’s summertime, which means it’s time to take a break and go see one of the latest blockbusters at the local cinema.

Here are a few business films to fit your taste.

If you’re searching for a good chuckle, try these:

“Nine to Five”: In this 1980s comedy, Lily Tomlin, Dolly Parton, and Jane Fonda get even with Dabney Coleman, the most arrogant, chauvinistic employer ever.

Another movie in the bad-boss genre set in the realm of high fashion is “The Devil Wears Prada.” Anne Hathway, a naive and ambitious journalist, portrays Meryl Streep’s ruthless and dominating editor’s junior secretary.

If you wish to feel motivated, consider the following:

“Norma Rae”: Who doesn’t feel shivers when spunky Sally Fields leaps onto a table in the middle of a raging factory floor, waving the “Union” sign over her head, and employees, one by one, quiet their machines?

“Field of Dreams”: This film communicates a message about the entrepreneurialism and the tenacity required to realize a fantasy: “If you create it, they will come.”

If you’re searching for a classic, go no further than:

“On the Waterfront”: Based on a New York City newspaper reporter’s investigation on graft and violence in the city’s mob-run dockyards, this Marlon Brando masterpiece is a cautionary story. The video examines organised labour and labor racketeering, as well as longshoremen’s fights for jobs and dignity. This is a must-see picture if you’ve never heard Brando’s character, a washed-up ex-boxer, say, “I coulda been a contender.”

Scrooge has been played by George C. Scott (1984) and Jim Carrey (2009) in “A Christmas Carol.” Watch Reginald Owen in the original 1938 film or Alastair Sim in the 1951 remake portray the coldest-hearted businessman ever as he grapples with the basic question: is entrepreneurship about helping people or collecting personal wealth?